Read the first installment in a series that highlights the friendship between Guelph Dance Artist in Residence Suzette Sherman and Michele (Presly) Green. Kindled by dance, nurtured over the years, and now finding a new and life-giving path, their friendship is truly a treasure. They will be performing On the Stage, June 3, 8 pm. We recommend getting your tickets soon as so many people can't wait to see Suzette back on the stage in Guelph! 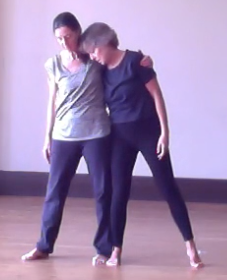 It is said that true friends can be apart for years and, upon reconnecting, are able to continue where they left off. So it has been with Suzette Sherman and Michele Green. A friendship that has spanned forty-one years and culminates in a reunion of dance on stage at the 2017 Guelph Dance Festival.


Their paths narrowly missed connecting in the early 1970s when Michele was dancing with Winnipeg Contemporary Dancers. The year she left to start Saskatchewan Dance Theatre with husband, Jim Green and former teacher Lucia Pavlychenko, Suzette arrived in Winnipeg as an apprentice. Two years later Suzette was called upon to join Saskatchewan Dance Theatre and the connection was made.

Already a seasoned dancer, Michele was a mentor for Suzette, leading by example as they toured small-town Saskatchewan.  By 1976 SDT had disbanded and, although Suzette and Michele both relocated to Toronto, Michele moved away from dance as Suzette climbed the ranks of Toronto Dance Theatre, remaining for nineteen years. They stayed in occasional contact while Michele raised her two children and ran a successful dance studio. 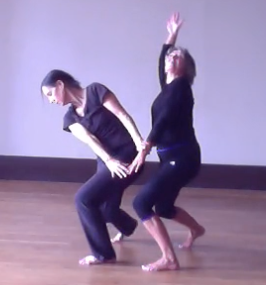 In 2000 Michele retired from teaching and, having seen the beauty of the area northwest of Toronto on visits to Suzette and Glenn’s property, decided, along with Jim, to move to the area. A close proximity immediately renewed their connection and they began taking yoga classes together while Michele delved into a writing career. Hearing how passionate Suzette was about her continuing career with Dancetheatre David Earle in Guelph and David’s impressive body of work, Michele eventually found herself working for Dance Collection Danse writing a catalogue of David’s choreography. This work eventually expanded into the book David Earle, A ChoreographicBiography (published 2006). Suzette’s massive involvement in David’s choreography as both dancer and teacher, along with her arsenal of programs, press releases, tour schedules and photographs was an immense part of this project. 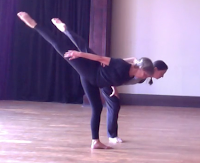 In 2016 as both were entering their 65thyear, the opportunity came to return to the dance studio together. This time Suzette the seasoned mentor, gently guiding Michele back into dance as they collaborated to create a piece for the festival. The experience has strengthened a bond of friendship and brought their journey together full circle.


Stay tuned for the second installment on the story of these true friends which will be posted soon!